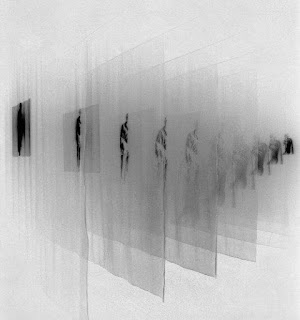 MOST of my "DRUNK" was AFTER I First Got "SOBER"!Apparently, MY 30-YEAR DRINKING CAREER HAD TAUGHT ME DIDDLY!

Not only did things get progressively worse during my 30 years of daily drink, but the progression accelerated after my first relapse and continued to accelerate during my 8-year period of Multiple Relapses

"Life SOBER or Life DRUNK?" I had to decide. I had to seek help. I had to continue staying connected with others in recover or surely, I would die. I had to learn to crawl before I could walk.

I used to think in my drinking days that I would have to suffer for my art, a common belief, based on cultural myths, I guess. Drinking would be the burden I would have to bear in order to be able to produce my art (I was an advertising copywriter for a dozen or so years). To paraphrase a line from my book, "There was art produced by children in concentration camps, but that art was produced despite the living conditions, not because of them." The illusion that addiction to alcohol was my burden to bear because it allowed me to produce my volumes of work followed the same equation as the children in those concentration camps. Denial, anger, fear, depression self-pity, doubt: a toxic cocktail of emotions enflamed by alcohol, narcotics and prescription drugs were the Hard Candy Crunch that my life had become and how my life would remain until I would finally get sober and fully live in Recovery.I learned more in those eight years of many relapses than I had in all the thirty years that preceded them.Those 8 years included disastrous failures at helping and being helped by others in recovery, a lesson in auditory hallucinations, fraudulent bank transactions, being the intended victim of murder, accusations of witnessing a murder, friends and former friends' suicide attempts and tragic successes, lives lost and never found. And on and on.Viktor Frankl said that "To live is to suffer. To survive is to find meaning in suffering." That is the lesson he learned from being a concentration camp survivor. I would have to learn to survive addiction AND to survive myself, to find meaning in my own suffering.Victimhood would have to be discarded and be replaced by Responsibility for my own Recovery. Today's Sober Hard Candy Crunch is bearable because I live a sustainable, joyous and free Life in Recovery, because of Recovery and not in spite of it as I had with my alcohol and other drugs in the Concentration Camp of Addiction.

Hope One. Hope All. We Can Do This.

*****
Here's to the Hope that my two books will find their way into your Recovery Toolbox and onto your Recovery Bookshelf.
#Enjoy my first book, the Autobiographical Fiction titled ALL DRINKING ASIDE: The Destruction, Deconstruction & Reconstruction of an Alcoholic Animal. Find it on Amazon. Book it here:  http://amzn.to/1bX6JyO
My NEW, Non-Fiction, BECOMING UNBROKEN: Reflections on Addiction and Recovery, is also on Amazon and may be found here: https://lnkd.in/dkF767RT
Both books are available in Print and Kindle editions.
7,100+ Recovery Tweets here: https://twitter.com/jimanders4
#alcoholism #addiction #recovery #books
at 10:50 AM