Bipolar Disorder, Crystal Meth (& lest we forget... My Alcoholism) 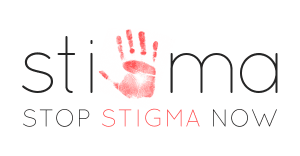 "Bipolar disorder can be characterized by extreme mania followed by dark depression - but so can using crystal meth."- David Sheff in Clean, p. 242.
*****
My daily intake of alcohol followed a wide curve, a roller-coaster much as David Sheff expresses in the quote, above. Up, then down, Up, then down, my pattern of use and misuse continued for me emotionally, long after all alcohol was drained from my system.
The first few drinks of alcohol elevated me until their accumulated effect was to bring me down. Up, Down, Pass Out, Come To. This pattern repeated itself daily for 30 years.
If three separate sheets of graph paper are drawn showing the up and down cycles of bipolar disorder, crystal meth use and alcoholism, they might (minus words of explanation) easily be mistaken for each other.
It's no wonder when I first got sober that I was misdiagnosed as having a bipolar disorder.
Long after a ship's engines are shut off, it will coast forward in the water under its own momentum before it slows to a stop.
After 30 years of daily drinking, the ups and downs produced by alcohol continued in my early sobriety.
",,, extreme mania followed by dark depression" is only the slightest exaggeration of my worsening 30 year ride on a sea of alcohol.
*****
Stigma slows the treatment and recovery of these 3 disorders and a boatload of other disorders that I have not included here.
Be kind. Be kind. Be kind. To each and all.
No matter what boat you're on or off or in or out or under or around or through.
Be kind. Be kind. Be kind.