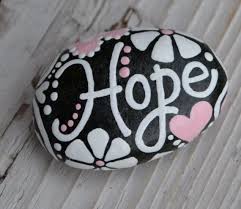 "Nothing matters more than that we remain sober because when we remain sober everything matters more."
*****
#Alcoholism #Addiction #Recovery
*****
You may also enjoy ALL DRINKING ASIDE: The Destruction, Deconstruction & Reconstruction of an Alcoholic Animal
Find it on Amazon.com. Book it here: http://amzn.to/1bX6JyO
Recovery Tweets: https://twitter.com/JimAnders4
at 10:40 AM No comments: 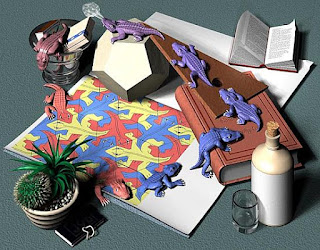 Alcohol was certainly not the only drug I used. True, it was center stage, but co-conspirators often stole the show, beyond over-the-counter pharmaceuticals and including prescription drugs, street treats and sundry hallucinogens.
It was only after I had come off this one particular LSD-like trip that I realized I couldn't have climbed a staircase in the jailhouse I was being held in because there were no stairways in that one-story building. No basement. No second floor.
Trust me though, some reptilian (me, so very high) had climbed that stairway that was not there.
*****
"Climbing an invisible, hallucinated staircase, high on organic belladonna plucked fresh off the tree by me hours earlier, high in the Guatemalan mountains, Gene and I were arrested on suspicion of substance abuse, awaiting release through bribery. Some memories, like this Guatemalan belladonna one, bring flashbacks" of me being not fully or even partly there, melted into a drug-induced haze. Sometimes I have to remember these moments to fully appreciate that I have surrendered to recovery, that I am savoring the present moment and that I have survived all of it.
*****
All the other drugs involved in my 'other' life were dissolved by alcohol, always alcohol. It took me half my 30-year drinking career to understand, fully to understand, that alcohol was both set and setting in the unreal play being acted out in my addiction. Drugs dissolved in alcohol, my universal solvent. So smooth. So soothing. I did not know until I, too, had become dissolved in alcohol and the curtain had begun to draw closed that I was a chronic alcoholic nearly beyond help.
Such a romantic-sounding dying it seemed to be, until the too-real catastrophes began exploding around me, all-the-while my life imploding until there was nearly nothing left. I, a spitball on some mad scientist's floor. I, too small, the door of recovery too large, too large. It would not seem to budge.
That I am alive today seems mostly luck, some hard, hard work and a reptilian brain learning, unlearning, relearning.
A wild animal, unleashed from addiction's cage, takes years to tame.
I am free. I am human. I am me again.
I built a stairway to recovery that had not been there.
Shared courage opened the door to recovery. I could not have done it alone.
Gratitude unbound for all who helped me find a way, my way.
Reptilian stairway to nowhere... nowhere to be found.
Recovery built on solid ground.
Shared courage.
No way.
Yes, way.
*****
#alcoholism #addiction #recovery
*****
You may also enjoy ALL DRINKING ASIDE: The Destruction, Deconstruction & Reconstruction of an Alcoholic Animal
Find it on Amazon.com. Book it here: http://amzn.to/1bX6JyO
Recovery Tweets: http://twitter.com/JimAnders4
at 11:19 AM No comments: