Denial, anger, fear, depression, self-pity, doubt: a toxic cocktail of emotions enflamed by alcohol, narcotics and prescription drugs. In this 90-piece orchestration of autobiographical flashbacks, the author describes his descent into alcoholism while three fictional flies-on-the-wall (unnoticed by him) discuss his prospects for recovery. This intense, introspective and illuminating fiction looks at alcoholism and addiction from the inside out and back again. The vicious cycles of alcoholic addiction: hospitals, detoxes, rehabs and relapse. Repeat, repeat, repeat. A textbook case of chronic chemical dependency. ALL DRINKING ASIDE will provoke, deceive, disturb and annoy you while it entertains and informs/ ALL DRINKING ASIDE IS "Everybody's Autobiography," if you're an alcoholic and "Someone You Know," if you are not.

WARNING: Graphic Language of Drug Use CENSORED / DO NOT READ If Easily Triggered 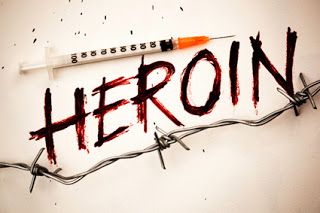 Let me start with this: The Queen of England & Marilyn Monroe were both born in 1926. Seems odd. No joke. Is that true? Yes.

I know now that using certain pictures to grab a reader's attention may not be appropriate, depending on the audience. I know too that my perspective changes over time.

A different photograph appeared with the short quote a bit further below. The only thing I can recall is the appearance of a hypodermic needle in it. In a sense, it's irrelevant except for that fact. Then and now, some other people's reactions to it seem to me "much ado about nothing." I was trying to express the reality of confronting the cold, hard truth of my addiction to alcohol by using the terminology of a heroin addict.

Both the language and photo I used were found to be objectionable to quite a few people, including the administrators of at least one Facebook Recovery Group. TRIGGERS they said. I know a little more and think a bit differently today than then, but my initial reaction was that I am an Alcoholic and that MY TRIGGERS are EVERYWHERE, on television, magazine ads, billboards and on many menus of restaurants that serve liquor, to name a few. So what's the big deal?

My perspective has moved outwards since then.

I know that navigating recovery can indeed be very difficult. My intent (as if that mattered) was not to trigger someone else's addiction. If you think a graphic depiction of drug use might trigger you, stop reading now and continue living in your protective bubble until you gain more strength in recovery. Whatever it takes to remain clean and sober, do that.

Enough already. Here is the objectionable passage in question:

"Slow the injection of truth. Insert the needle of truth into my vein, into my brain, slowly. First, hold the needle upright. Squeeze out any air. Leave only the clear, the liquid, the truth. Inject me slowly. I want to watch that crystal clarity enter my vein. The truth, too fast, could only scare me. Inject me slowly, or quickly watch me die."

Well, there you have it.

Admittedly, it's a little over-the-top, but it captures the feelings I had at that time confronting the absolute fact that I was an alcoholic in utter denial of the reality I was trying to process. Confront. Confront. Confront. My addiction to alcohol was a brutal truth separate from the glamorization of alcohol in our culture. I was an addict, addicted to alcohol, which in many ways is no different than a heroin addict is addicted to using heroin. I chose in this one short expression of my feelings to confront the cold, hard truth of my alcohol abuse. Stopping drinking, staying stopped, learning to deal with it, was truly an internal confrontation. Complete acceptance accrued over time.

Calling myself an alcoholic felt like a deadly admission that rattled me to the core for a long time. I was surprised at the objections of how I had expressed it in the passage above. It was perhaps insensitive on my part, but the world is insensitive, I thought. "Poor me" was in the mix, too. Self-pity, doubt, fear, a volatile mix of emotions.

Today, after more than 16 years of continuous sobriety, it is still necessary to reflect upon feelings even after they have evolved and are long passed. Odd perhaps, but memories sometimes help me stay grounded and focused on the future.

Dead or alive, people like Marilyn Monroe and the Queen of England are garnering another day sober somewhere, in AA, NA, Group & Individual Therapy, Smart Recovery and more. My hat is off to anyone anywhere who finds another day clean and sober. We, the men and women in recovery, strive daily to right our rudders on our clean and sober ships.

I hope everyone reading this is TRIGGERED to remain on the path of recovery and not revert to old behaviors. And please note, this time, I will not post this remembrance in any media that may find it objectionable.

Chill. Strive on. I'm next in line for my Covid-19 vaccine, socially-distanced, close, close to acceptance of whatever comes my way. Sober. Today.

Passages in quotes are excerpted from my Autobiographical Fiction, ALL DRINKING ASIDE: The Destruction, Deconstruction & Reconstruction of an Alcoholic Animal