*****
A snake pit is a place in European Legend where those considered insane were placed. It was thought that being lowered into a pit filled with snakes would terrorize them back to sanity. Failing that treatment, the insane could then be abandoned to die.
Waking up in the hospital (coming to, really) and not knowing how I got there should have scared me sober too, but alcoholism "is a subtle foe." I would not be scared sober so easily, despite addiction being a snake pit of insanity, too.
"If I had know then what I know now" is an old refrain. But my experience has shown me that the stigma of addiction perpetuates further victimization of addicts and alcoholics. Stigma = Silence = Death. I could not hear what was not spoken.
Suffer in silence.
I learned to accept that I was an alcoholic and would likely die an early death and that would have to be good enough. It is an odd acceptance of a condition when it is not fully understood. I did not understand addiction by any means, so, naturally, I would drink again.
Deep in my addiction, I knew no people in recovery. Furthermore, the stigma of addiction would contribute to the silence of many of those who had found recovery before me. Stigma would be self-perpetuating. Ignorance would continue. Suffering would continue. Recovery would have to be a longer and more drawn out process that it might have to otherwise be.
For me, recovery has become my life-long calling.
Silent sobriety is dead. I can remain silent no longer. So I keep my sobriety alive by sharing far and wide, expressing as best I can that I am an alcoholic in long-term sobriety and not only is it possible to find and maintain sobriety, but it is worth every effort to pursue the sober path.
*****
SOBRIETY IS A GIFT
*****
I had reached a tipping point by around the second decade of daily drunkenness. Periodic binges seemed to only end in hospitalization. Coming to in the hospital repeatedly was my snake pit. How did I get there? I was a blackout drinker who would continue drinking long after my ability to form memories had dissipated. Presumably I would have died from my blackout drinking had my physical body not given out before my brain's desire for more alcohol. You see, my brain wanted more alcohol than my body could survive consuming. The ultimate hamster on the ultimate wheel, destruction or death were the only end alternatives (or so I once thought). I would never have willfully chosen to stop drinking in these instances. Imminent death put a temporary hold on my downhill slide.
Sobriety was truly a gift in these too numerous cases. The gift of near-death survival. Survival by luck, not by choice.
*****
RECOVERY IS EARNED
*****
I learned through repeated relapses that sustained sobriety would require a concerted effort by me with the help of many others. I would have to take action, make many changes.
Sobriety is a gift. Recovery is earned.
The air around me today is such that I breathe recovery on a daily basis. Fourteen-plus years of daily holding onto my life with a gratitude for each accumulated day of sobriety. Action. Recovery has become a way of life, of living, of doing, of action.
Sobriety was a gift.
My recovery has been earned.
Snake pit, a European Legend, lived and learned.
***** 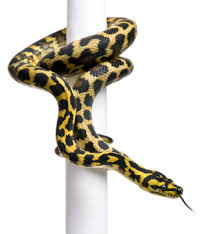