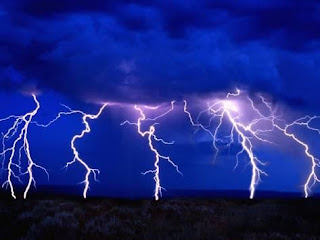 I posted 21 Tweets on Twitter on August 8, 2020. Here they are in chronological order as posted:

1. "Can my past, too, be infinite or are all the stones already carved?"

2. "How come if alcohol kills millions of brain cells, it never killed the ones that make me want to drink?" - Author Unknown

3."At least I'm not an addict." That's the sense of moral superiority I once had. Today, that statement would be sadly laughable.

4. "Alcohol separated him from the world in his addiction and loneliness can take him back out there."

5. "No one ever knew he needed help because he was so good at hiding it from himself and from others. Sweet oblivion. Pretty poison."

6. "Not that I'm making excuses, but it just seems that once you slide so far down into your alcoholism after so many years, you are so entrenched that it seems the only answer is another drink."

8. "It is one of the most beautiful compensations of this life that no man can sincerely try to help another without also helping himself."  - Ralph Waldo Emerson

9. "I don't think we get more alcoholic. I think it just shows more as time goes on." A New Pair of Glasses, Chuck "C"

10. "I don't know if I can ever feel as empty as Jim has felt. Knowing the cause does not erase the effects of his emptiness. I don't think I've ever felt an emptiness quite like his."

11. "A mind stretched by a new idea never shrinks back to its original dimensions." - Oliver Wendell Holmes

12. "Being drunk allowed me to deal with the drunk in me."

14. "Diplomatically searching for others equally high, we (my disease and I) would manufacture memories out of blackouts like free-range intoxicated chickens."

15. "His sobriety, at first, was like a bad translation."

16. "How many keys did I have to lose before I would learn that alcohol no longer opened doors?"

17. "I measured my life in pints instead of hours."

19. "It's not trespassing when you cross your own boundaries." - Anonymous

20. "When I thought I could stay sober alone, I wound up drinking alone."

21. "You are what you eat, but what are you when you are only what you drink?"

*(All quotes, except where noted are by the author of All Drinking Aside. Also, all 21 Tweets are excerpted from this same book.)