An Almost Forced Inevitability Threads Our Narrative as We Move Forward 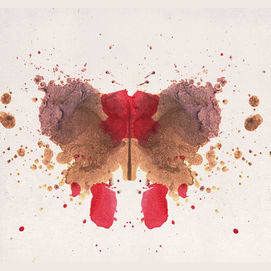 In our vain attempt to make sense of where we are at any particular moment, we tend to tie the story of our lives together in such a way that past events are twisted into conforming to the narrative we write for ourselves. Where we are today, when explained as inevitable, gives us reassurance, explains us to ourselves. How did I get to this point, we ask ourselves and it seems in retrospect it couldn't have been any other way.

This is not destiny, although to many of us it may certainly seem that way. Every moment, thus, has the potential to be a sort of Deja Vu. It most certainly couldn't have been any other way. No wonder it feels so familiar, as if we had known this very moment had somehow already happened before. Deja Vu.

An almost forced inevitability threads our narrative as we move forward in our lives. This illusion offers us comfort. We find evidence where none exists because we want to continue to believe that where we are is right and good and could not have been any other way.

Were we to travel at the speed of light and then come back to ourselves, we might be younger by some small fraction. Questions of Destiny and Freedom of Choice are best left to Philosophers, we tell ourselves, all the while living it out as self-explained. The answers to our questions seem obvious because we ask the questions that will be supported by the realities of our strings of moments.

I almost hate to say it (but said with a certain relish) but some of this post is part of the questioning that went on for me as I moved from Victim of Addiction to Responsible in Recovery.

The things that unite us (and by Us, I mean those of use who have survived addiction, those of us who still feel a sense of entrapment and those who have never been addicted to a substance or a behavior) are far greater than the things which divide us. Our common humanity, truthfully, is the framework upon which my recovery (falteringly at times) has been built.

That's my story and I'm sticking to it.

You may also enjoy my Autobiographical Fiction, ALL DRINKING ASIDE: The Destruction, Deconstruction & Reconstruction of an Alcoholic Animal