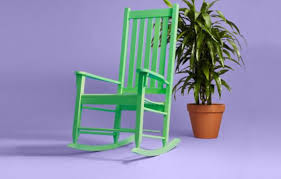 "Worry is like a rocking chair. It gives you something to do, but it doesn't get you anywhere."
- Anonymous
*****
For at least the first decade of my drinking career, calling myself an alcoholic, at least to the people sitting on the barstools next to me, was not a problem. Bragging rights. "I don't know how I got home, I was so messed up." Expressions like these were commonplace. But by the second decade, I started losing coats, keys, apartments, jobs. The progression of alcoholism with all its subtle and in-your-face changes is not a straight downward descent. It is marked by peaks and valleys. My third decade of drinking was littered with lapses in employment and housing. That new normal required that I drink at home, alone, when I had a home. By that time, I was not worried by alcoholism, I was worried about the next drink. Increasingly I drank more. My blackouts would occur around the end of the sixth drink and I would continue to drink until I passed out, usually two or three hours later, by my recollection.
"The further alcohol took me away from myself, the less I understood that I was losing my foothold. From the outside, I am sure it looked like I was becoming more and more selfish, but increasingly, I was not feeding myself, i was feeding my disease. The more selfish I may have appeared, the more my disease had dissolved my self away."
Not worrying in my addiction was really a form of defeatism. In recovery, not worrying is a positive thing.
Recovery: Do the next right thing, the next right thing.
No worry.
End of story.
*****
#Alcoholism #Addiction #Recovery
*****
The passage in quotes, above, is from ALL DRINKING ASIDE.
I hope that this post will serve as a bridge, a window and a door
to what you will find there....
*****
ALL DRINKING ASIDE: The Destruction, Deconstruction & Reconstruction
of an Alcoholic Animal
Find it on Amazon.com. Book it here: https://goo.gl/ycu5jg
Recovery Tweets here: http://twitter.com/JimAnders4
99+ Recovery Posts onLinkedIn here: https://goo.gl/fmzt9b
at 8:22 PM