"Relapse is NOT a Requirement" & The POWER of VULNERABILITY 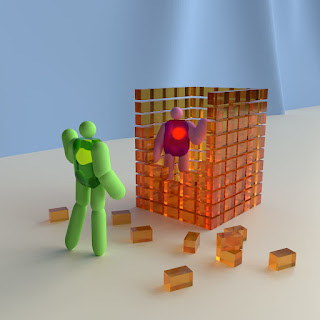 I had discarded the idea of writing this post until I realized it was as much about MY VULNERABILITY as HIS. I HAD TO DEAL WITH IT, regardless of whether he did or not.

Since Late Spring or Early Summer of last year, I had been sending copies of my daily Recovery Posts to a friend in Recovery whose first language is Spanish and whose knowledge of speaking and understanding English is quite good. But because his reading abilities in English are something less than stellar, I translated them into Spanish for him with the help of Google. Taking a few moments to have Google translate my written words into Spanish, instead of him struggling with written English, seemed simple enough. And he seemed grateful enough.

ENOUGH of ENOUGH Already. THERE was the rub.

His name is not Mateo Santiago, but that's what I'm calling him (I like the sound of it). Mateo at this time was embarking on what I believe was his third or fourth stretch of sobriety. "Third failed attempt" would be a corrosive way to express this. It is key to remember that during my first 8 years of on again/off again sobriety, I began to think of myself as "The Relapse King." We all struggle to crawl before we can learn to walk.

In Alcoholics Anonymous, one will eventually (and sometimes repeatedly) hear someone say that "Relapse is NOT a Requirement." That's usually uttered by someone who on their first attempt at sobriety is able to remain so and never experiences the pain and humiliation often experienced by the majority of us. To my ears "NOT a Requirement" usually rings hollow and sounds a little too smug. But what would you expect "The Relapse King" to say?

Sometimes, ENOUGH is NOT ENOUGH. Essentially, I, "The Relapse King," abandoned him. I took on a Sink or Swim attitude. It was MY VULNERABILITY that was put into question, and I didn't quite see it that way at the time. Recovery is a very dicey affair. I could not let his failure become mine. It was easier for me to abandon him than for me to help him work through it. Maybe he really did mean he would be okay to drink again.

Helping one helps all, but what about when the offered help is of no help? Can I simply call it "planting a seed" and move on until he declares that he is ready?

Sometimes Recovery is All About Me. Sometimes Ego is Not my Amigo. Sometimes, no matter how long I may remain Sober, my own Vulnerability IS called into question, whether I realize it or not.

Despite my remaining Sober, and him not (for now), THERE IS NO HEIRARCHY HERE.

It is not necessary for me to tell you whether that call will be made to Mateo or to someone else. KNOW THIS: Whether I am reaching out to extend my hand to uplift another or if I need help to move myself forward another day doesn't much matter. Today, I must REMAIN VULNERABLE. My Recovery depends on it.

Hoy, tu, mi lector imaginario, me has sido de gran ayuda. (Today, you, my imagined reader, have been of help to me.)

#Enjoy my first book, the Autobiographical Fiction titled ALL DRINKING ASIDE: The Destruction, Deconstruction & Reconstruction of an Alcoholic Animal. Find it on Amazon. Book it here:  http://amzn.to/1bX6JyO

My NEW, Non-Fiction, BECOMING UNBROKEN: Reflections on Addiction and Recovery, is also on Amazon and may be found here: https://lnkd.in/dkF767RT
Both books are available in Print and Kindle editions.
7,100+ Recovery Tweets here: https://twitter.com/jimanders4
#alcoholism #addiction #recovery #books
at 2:52 PM