FLIP THE SCRIPT! Turn "Just Say No!"​ (to drugs) to "Just Say Yes!"​ to seeking help for Substance Use Disorders. 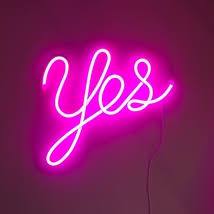 "I survived the alcohol and now I must survive myself." - All Drinking Aside, p. 113

LOST & FOUND: I Lost Everything Before I Found Myself.

YES! But did it have to be that way? Is "Hitting Bottom" ever really a requirement before long-term Recovery is found?

The Answer, of course, is a resounding "No!"

My alcohol consumption seemed to have reached a tipping point shortly after my first full decade of Substance Use. For most Alcoholics, the Progressive Downward Trajectory is Slow & Torturous, unlike the fast and furious descent of many other addictions. My whole life had become a textbook case of alcohol's destructive forces.

Love of alcohol slowly had turned into a love-hate relationship buffered by thick layers of denial. I craved alcohol above all else and could not stop, even if and when I occasionally considered it. In hindsight, my addiction seems to have hijacked the survival part of my brain. Survival would have to include alcohol above all else. My instinct to survive was twisted, distorted, sabotaged under the influence. I had come to believe that survival would be unthinkable without it. Consequences be damned, I needed a drink and and I wanted it now, now, now and now.

It only seemed that losing everything was a necessary precondition to finding recovery and finding my place in it. Simply put, it was the only world I knew.

The world shames us and so we live in shame, not seeking help to find a clean and sober life. Addiction erodes the user's mental health such that when treatment is finally sought, they have deteriorated, erosion of self and destruction of a clear perspective... dissolved.

Discrimination and exclusion perpetuate addiction. I will learn to control this on my own, but as I've described elsewhere, by the time the thoughts of control entered my picture, control was already out of the picture.

Even today, the Myth of Hitting Bottom First is pervasive. The willingness to find help may already have been eclipsed by the thoughts of having not yet hit bottom. Sadly, Harm Reduction isn't even in the equation here for many. Thoughts of being able to control my addiction and to drink less were Grand Illusions. Failure almost a certainty.

My Bottom seemed to have been Death. Nothing short of death could stop me from drinking. At every point in my slow Descent into the Maelstrom, my brain always seemed to want more alcohol than my increasing levels of tolerance could sustain.

I went from being a regular at many-a bar to a regular in emergency rooms and detoxes. The thought still entered my head that perhaps I had not hit my bottom yet.

Help was always there but denial captured my belief in hope and change. I would die with a drink in my hand and that would be that. Would things have to get worse before they could possibly get better?

Instead of the disaster produced by Nancy Reagan's "Just Say No!" campaign, I eventually learned to FLIP THE SCRIPT to "Just Say Yes!" to Treatment and Recovery. SAVE what's left while there's still something left to save and BEFORE things get inevitably worse.

Just say "Yes!" to seeking help for any and all Substance Use Disorders.

As they say in Recovery Meetings Everywhere, "It works if you work it, so work it, you're worth it!"

*****
#Enjoy my first book, the Autobiographical Fiction titled ALL DRINKING ASIDE: The Destruction, Deconstruction & Reconstruction of an Alcoholic Animal. Find it on Amazon. Book it here:  http://amzn.to/1bX6JyO
My NEW, Non-Fiction, BECOMING UNBROKEN: Reflections on Addiction and Recovery, is also on Amazon and may be found here: https://lnkd.in/dkF767RT
Both books are available in Print and Kindle editions.
7,100+ Recovery Tweets here: https://twitter.com/jimanders4
#alcoholism #addiction #recovery #books
at 9:14 PM