WHAT DO Punxsutawney Phil & ALL DRINKING ASIDE Have in Common? 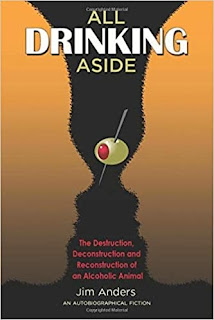 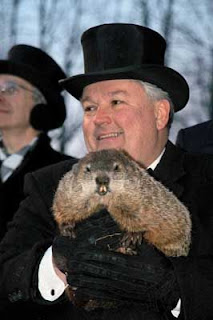 Punxsutawney Phil is at the Center of the Groundhog Day Celebrations in Punxsutawney, Pa. every year. "The event is based upon a communal light-hearted Suspension of Disbelief. It is organized by the 'Inner Circle'- recognizable from their top hats and tuxedos- who ostensibly communicate with Phil to receive his prognostication. This Suspension of Disbelief extends to the assertion that the same groundhog has been making predictions since the nineteenth century." - [Wikipedia]
Jim Anders is the Central Character of the Autobiographical Fiction ALL DRINKING ASIDE. It, too, is organized around the Suspension of Disbelief. The Author describes his descent into Alcoholism while three Fictional Alter Egos (unnoticed by him) discuss his prospects for Recovery. Suspension of Disbelief is the Glue by which your eyes will be Affixed to its Pages as the Story Progresses.

Become Transfixed by ALL DRINKING ASIDE: The Destruction, Deconstruction & Reconstruction of an Alcoholic Animal