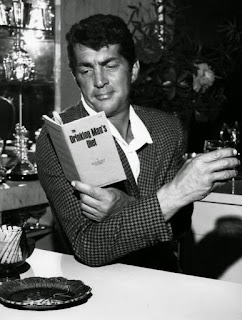 There was a time when no one could have convinced me that I would ever stop drinking:
*****
"I sort of imagined myself as some ancient, noble Eskimo, wandering off into the northern lights with bottle in hand to die some unknown, tragic, heroic and drunken death.
I romanticized my disease when I was drinking until the reality got so bad that the romance had to die, with me following on its coattails.
At each step in my slow, downward progression, I would tell myself that it couldn't get any worse and that however bad I was, it wasn't anything that another drink couldn't fix.
But it did and could and would always get worse. Never would I think to stop drinking. Attempts to modify my drinking to a more reasonable amount of consumption failed on a nightly basis.
My resolve dissolved [with each and every drink until eventually my ideas for...] A DRINKING MAN'S GUIDE TO BAR EXERCISE lost all momentum on the stillness of my barstool."
*****
You see, drinking replaced everything.
Now, Recovery is my Everything.