"Alcoholism isn't a spectator sport. Eventually the whole family gets to play."
- Joyce Rebeta Burditt
Morning Meditation: Sobriety is a gift. Recovery is earned.*
*****
A snake pit is a place in European legend where those considered insane were placed. It was thought that being lowered into a pit filled with snakes would terrorize one back to sanity. Failing that treatment, the insane could be abandoned to die. "The Snake Pit" is also a 1948 Olivia de Havilland drama in which  she finds herself in an insane asylum but can't remember how she got there. Waking up in the hospital (coming to, really) and not knowing how I got there should have been my snake pit, scaring me sober, but alcoholism "is a subtle foe." I would not be scared sober so easily, despite addiction itself being a snake pit of sorts.
*****
If I had known then what I know now is an old refrain. But it is my belief that the stigma of addiction perpetrates further victimization of addicts and alcoholics. Stigma = Silence = Death. I could not hear what was not spoken. Suffer in silence. I learned to accept that I was an alcoholic and would probably die an early death and that would have to be good enough. It is an odd acceptance of a condition when it is not fully understood. I did not understand and I would drink again. Deep in my addiction, I knew no people in recovery. The stigma of addiction would contribute to the silence of those who had found recovery. Stigma would be self-perpetuating. Ignorance would continue. Suffering would continue. Recovery would be a long, drawn out process, still taking place in my twelfth year sober. I would help break the stigma of addiction by refusing to remain silent in my sobriety (I did not fully understand that this would be a major underlying reason for writing my book, odd as that may sound).
*****
I felt such a sadness when I first read Joyce Rebeta Burditt's "Alcoholism isn't a spectator sport. Eventually the whole family gets to play" quote. I felt it on many levels. The havoc that addiction has played out in the families of everyone around me as the decades have passed would have been impossible to ignore. I was a spectator of how addiction played out in others' families, although it played out fairly in silence in mine.
Addiction is everywhere. Few are untouched by it. Addicts, so anesthetized, are not keenly aware of the burdens and pain afflicted by them upon their families . All suffer, certainly not only the addict. But addiction is sometimes a silent killer. We don't talk about it enough and keeping it from the light of day worsens and protracts its deadly effects.
*****
"Eventually the whole family gets to play" is a dark humor which forced me to confront addiction's heavy toll upon the very fabric of social construction. Families can only sweep so much under the carpet before a corpse is found there. Stigma is a corpse of sorts, a half-alive zombie, a major contributor to a future addict's death or at the very least, prolonged suffering.
For me, an almost perverse sense of humor has been a defense against the stark realities touched upon here. I'm happy to say that much has changed in my lifetime, but the change has been excruciatingly slow. There is little patience in this snake pit either.
*****
In the Morning Meditation beneath Burditt's profound quote, I say that 'Sobriety is a gift' because it was for me in this sense: I had reached a tipping point by around the second decade of daily drunkenness. Periodic binges seemed only to end by hospitalization. Waking in the hospital repeatedly was another snake pit. How did I get there? I was a blackout drinker who would continue drinking beyond the scope of memory's possibility. Presumably I would have died drinking in a blackout had my physical body not given out first. My brain wanted more alcohol than by body could survive consuming. The ultimate hamster on the ultimate wheel, destruction or death were the only alternatives (so I once thought). I would never have willfully chosen to stop drinking in these instances.Imminent death put a temporary hold on my downhill slide. Sobriety was truly a gift in these cases.
The gift of near-death survival. Survival by luck, not by choice.
*****
The "Recovery is earned" part of this Morning Mediation was my realization through repeated relapses that sustained sobriety would require a concerted effort by me with the help of many others. I would have to take action, make changes. Recovery is not a gift. The air around me today is such that I breathe recovery on a daily basis. Twelve plus years of daily holding onto my life with a gratitude for each day accumulated sober. Action. Recovery has become a way of life, of living, of doing. Action.
Sobriety was a gift. My recovery has been earned. Snake pit, a European legend lived and learned. 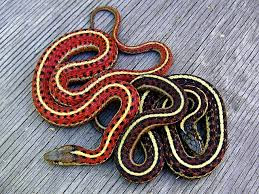 #Alcoholism #Addiction #Recovery
*****
This post is written by Jim Anders, the author of All Drinking Aside:
The Destruction, Deconstruction & Reconstruction of an Alcoholic Animal:
https://goo.gl/ycu5jg


Explore the flavor and texture of his writing style on LinkedIn here:


https://goo.gl/fmzt9b
*****
*Both the Burditt quote and the Morning Meditation beneath it open the 67th Chapter of All Drinking Aside. This juxtaposition is an intentional stark contrast. Addiction is complex. It would be an injustice to think that solutions would be simple.