Upon reviewing my blog at year's end, I noticed I had a little avalanche of well-liked Tweets scattered thereabouts.
Some I never actually put on Twitter. Others I expanded into snack-y chunks. The rest I'm cleaning off my August blog calendar to be replaced by this December's end post.
In no particular order of relevance:

1. This is your glass talking... "An empty glass told me that I had been drinking."

2. "When you stop drinking, you have to deal with this marvelous personality that started you drinking in the first place." - Jimmy Breslin

(This is one of 180 quotes by the famous, infamous and anonymous in my book*)

3. I chain-smoked when I drank. Two Cycles of Addiction Have Been Broken.

(They go together like arsenic and cyanide, don't you think?)

(This one is my favorite today from this bunch of ten. It reflects where I'm at and what prolonged sobriety has brought my way.)

5. "Worry is like a rocking chair. It gives you something to do, but it doesn't get you anywhere." - Anonymous

(Complaining, gossip and worry are three activities I attempt to side-step, but it's not easy. Taking action where possible and accepting what's not possible just about covers it!)

6. "Sometimes a majority simply means that all the fools are on the same side." - Claude McDonald

(The majority of my friends were mere mortal social drinkers for most of the first decade of my drinking career. But don't worry, that changed over time. Drinking alone was the end of that inevitably long road!)

7.Question for Today: What is the radioactive half-life of addiction?


(Yes, this is from my book. It occurred to me after a few months of not drinking because the after-effects of a lifetime of drinking subside so slowly. Actually, my alcoholism was more like not-at-all living, so speaking of a radioactive half-life of addiction explodes with irony for me)

8."The deepest definition of youth is life as yet untouched by tragedy."
- Alfred North Whitehead

(Maybe I will change my name it Jim North Anders? I need a Recovery Compass to point me in the direction of continuing recovery. Let that dark place in which I once lived remain a fading memory, an old scar that is merely a reminder of days and years gone by.)

9. "The chains of habit are too weak to be felt until they are too strong to be broken."
- Samuel Johnson

(So deeply profound is this statement that I am profoundly jealous. Wish I'd said that. Eighteenth Century, no less!)

10. I drank long enough and hard enough that eventually there was no bar big enough to hold my emptiness.

(Yes, I wrote this and No! It's not in my book. I'm still growing, moving forward. My Sober Life is a treasure trove of possibilities. Let me end here wishing everyone a Great Big Happy New Year!)
*****
#Alcoholism #Addiction #Recovery 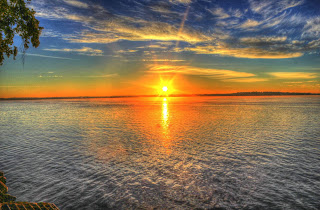 *****
Most all of the Tweets in this Post have been excerpted from
*All Drinking Aside: The Destruction, Deconstruction & Reconstruction of an Alcoholic Animal, an Autobiographical Fiction by Jim Anders, linked here: http://amzn.to/1bX6JyO
Visit his Niume Recovery page here: https://niume.com/pages/profile/?userID=26056
& find more of his Recovery Tweets here: http://twitter.com/JimAnders4