Going COLD TURKEY Might Mean YOUR GOOSE IS COOKED 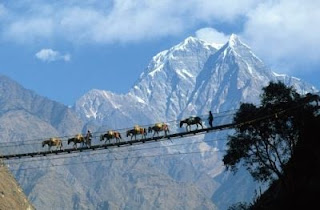 "You are permitted in time of great danger to walk with the devil until you have crossed the bridge." - Bulgarian proverb
I never seriously tried to wean myself off alcohol as a means to quit drinking. Frankly, the thought rarely occurred to me. Alcohol was essential. Like Oxygen. I had, however, on several occasions tried to taper off my tobacco use by cutting down on my smoking: 30 cigarettes today, 29 tomorrow, 28 the next, until I would wind up in a month down to my final cigarette. I failed again and again.
Let's talk Turkey. Going Cold Turkey on Alcohol can have dangerous consequences. DO NOT TRY THIS AT HOME. Suddenly NOT drinking, if you drank as I did, could lead to Delirium Tremens and, unsupervised, could have catastrophic consequences, including possible death.
Before Modern Medicine, I understand that Tapering Off Alcohol was a means to prevent the onset of the DT's (Delirium Tremens). Like my experiences attempting to quit cigarettes, tapering off alcohol failed nightly for me. Often, I would swear to bring my drinking down to a more REASONABLE level. If I drank 10 Scotch on the Rocks last night, let me shoot for only having 9 tonight and tomorrow, maybe 8. I would tell myself I would go home after the next drink when I reached what was my arbitrary limit, but always found excuses to have another. And another.
My frail attempt at humor with this short post's title should not detract from my serious intent. After 30 years of Daily Binge Drinking, I can attest to how difficult it is to quit drinking. So if you WANT to quit drinking or feel you NEED to quit drinking, Fine. But remember, Going Cold Turkey can be Dangerous. Take Lone Turkey OFF Your Menu. YOU ARE NOT ALONE. Do Not Attempt to go it Alone. Seek MEDICAL HELP.
You don't have to "walk with the devil until you have crossed the bridge." Nor would I advise the Cold Turkey approach. Try Plan B: SEEK HELP.
End of Story.