Familiar Pain VS. Fear of Change in Early Recovery

*****
"Better the devil you know than the devil you don't"?
For some, that's a statement. For others, a question.
Many relapse because they're so familiar navigating the dark waters of addiction that the road to recovery ahead of them seems unknown and unknowable.
*****
(a short look back):
People, places and things. Not only am I an alcoholic, but I am also part and parcel of the culture of addiction. More than alcohol would have to go were I ever to stay sober. Part of who I was lived in the thoughts of those around me. Some people can remain sober when their spouse still lives in their addiction. Some, other alcoholics in recovery, can tend bar in sobriety. I tended bar my first year in recovery and it was the culture of addiction I was surrounded by which was my downfall finally. One day a drink found its way into my hands and I drank it without thought.
That was that... a nearly instant return to my previous patterns of consumption.
Several years went by, drinking, drinking, progressing and progressing, backwards, downwards and out.
*****
Here's where I can get a little bit crazy!
The last line of the original King Kong movie came to mind: "Oh no, it wasn't the airplanes, it was beauty killed the beast."
In a very similar way, it wasn't the alcohol upon the shelves from which I poured drink after drink that led to my downfall, it was the culture of addiction in which I was immersed that gave permission to that subtle persuasion and that first sip.
*****
Truly (I'm not playing the Blame Game here), but weak-willed as I unknowingly was in that first sober year, I could only have moved forward successfully in recovery (after that first relapse) by acknowledging that bartending and sobriety could not be on the same plate for me.
*****
The Culture of Addiction remained very seductive in my early sobriety, the return to a most familiar pain an easier choice than facing the responsibility, the struggle and the fear surrounding the formation of a productive and satisfying sober life.
*****
Familiar pain or the unknown and seemingly impossible possibility of a sane and sober life.
Drunk, I knew all-too-well.
Sobriety? Only time would tell.
*****
Eventually, TIME Did tell: Every day sober is better than any day drunk. Let that sink in before you're sunk!
Ba-dunk-dunk! 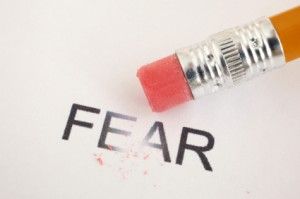